The first-ever European Guitar Concerto Competition and Festival took place in Groningen in the Netherlands, between January 29 and February 4. The only Asian participant, Lin Chia-Wei, a student from Taiwan, won the first prize, a check for 3,000 euros, after competing for three rounds.

Lin is a classical guitarist born in Kaohsiung in 1988. His father taught him to play the guitar when he was four, and Lin began studying guitar with Professor Huang Panpei, and Huang Showlee, both highly respected guitarists in Taiwan, when he was eight. At the age of 20 Lin then went abroad to study guitar at the Koblenz International Guitar Academy and the Cologne Conservatory, both in Germany. He is currently studying at the Lemmens Music Conservatory in Belgium.

Lin has received many prestigious national honors and awards from the Taiwan government for his impressive solo performances and orchestra recitals. Since the age of 12 he has participated in several international guitar competitions in countries, such as Singapore, Germany, Greece, Croatia, Italy, the Czech Republic, and Austria, and he performed in Carnegie Hall in New York, in 2014. This is the 11th time he has won a prize in an international guitar competition since 2005. 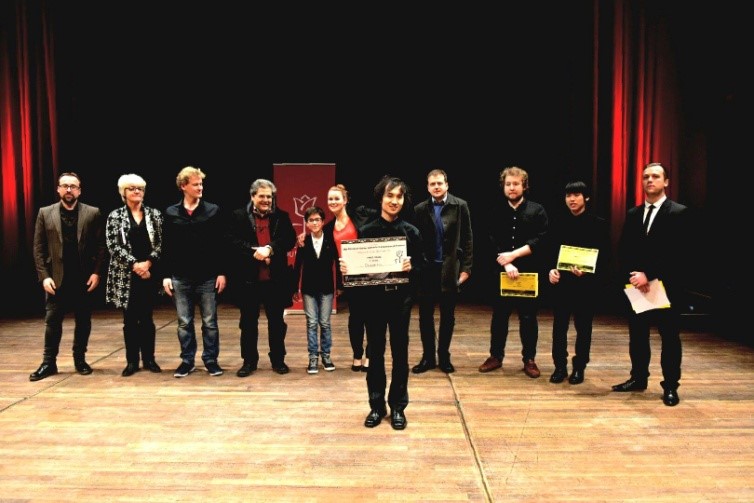