Two teams of outstanding female athletes from Taiwan participated in the 2019 Canada Cup International Softball Championship held in the city of Surrey in British Columbia from July 8 to 14. Fifty-five athletes and coaching staff from Taiwan received warm greetings from local Taiwanese Canadians when they arrived in Vancouver on July 6 and 8 to compete in the Showcase-Gold division and the Women’s-International division as team Chinese Taipei.

Many zealous Taiwanese Canadian supporters, and Andy Chen, the Director General of the Taipei Economics and Cultural Office in Vancouver, went to the games to cheer for the young athletes. Both teams had an outstanding achievement this year. The Chinese Taipei team in the Showcase-Gold division won all six games during the group stage and reached the final, but finally lost to the Canadian team Delta Heat in a close game: 4-5, notching 2nd place. The Chinese Taipei team in the Women’s-International division lost to team Canada in a close semi-final game, and finished in 3rd place. Despite these tough losses, the Chinese Taipei teams had played well, displaying their skills and commitment in this international softball event, and providing a memorable experience for themselves and all the local Taiwanese.

The Showcase-Gold team returned to Taiwan on July 16, but the Woman-International team travelled on to Seattle for training to prepare for the September qualification matches for the 2020 Olympics. 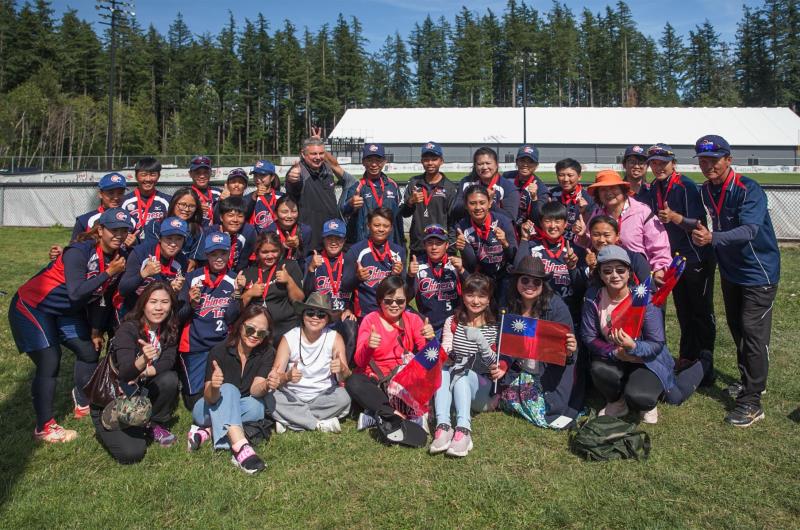