On July 7, a group of 27 students and teachers from Yue Ming Elementary School in Yilan performed a puppet show called “Lost Camera at Sea” at Taiwan Cultural Center in Tokyo. The idea behind the performance originated more than 2 years, in March 2017, when a digital camera was found by the school children who were on a beach cleaning activity. It had been lost by Ms. Serina Tsubakihara, a Japanese university student on the Japanese island of Ishigaki. The students found the camera’s owner through the internet and returned it to Ms. Tsubakihara a month after after they found it.

The students told the story using Budaixi, a traditional Taiwanese hand puppet form, with props and glove puppets they made from marine debris that they collected on beach cleaning activities. They did this to convey that marine animals are being seriously affected by marine pollution and to call on their audience to give more attention to the important tasks of the prevention and control of marine debris. The camera’s owner, Ms. Tsubakihara, attended the performance and enjoyed it very much. She said that she would cherish how fate had connected her with the students and continue to keep in touch.

The Deputy Representative of the Taipei Economic and Cultural Representative Office (TECRO) in Japan, Chang Jen-Joe, also attended the show. He said that the beach cleaning activities carried out by the students are very important in the area of environmental education. He was pleased to see that the students had incorporated the idea of prevention and control of marine debris into their performance and hoped the students would continue their activities to protect the environment in the future.

Deputy Representative Chang also expressed his hope that the students will cherish their relations with their friends in Japan. To help achieve this, exchanges were arranged between the school delegation and elementary schools in Chiba Prefecture during their stay in Japan. 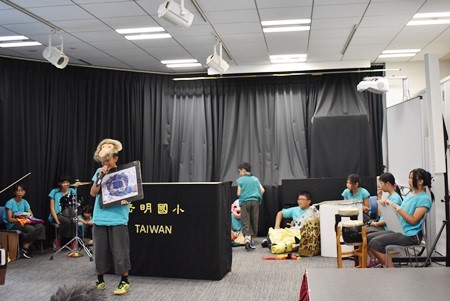 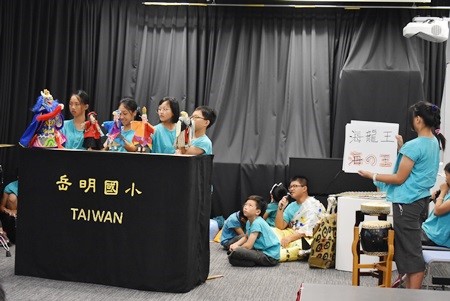