font-size：
The teachers at Taipei School in The Hague

There are usually many opportunities each year for Mandarin learners all around the world to sit for the Test of Chinese as a Foreign Language, but this year the COVID-19 pandemic has made it very difficult to hold the tests because in many places strenuous government control measures to prevent infections have forced them to cancel originally scheduled tests.

For a while it seemed as if the Taipei School in The Hague, in the Netherlands, was also in this position. It’s been offering Mandarin classes to both children and adults since 1989 and every second year, it works with the Education Division of the Taipei Representative Office in the EU and Belgium and hosts the Test of Chinese as a Foreign Language (TOCFL) to give its students the opportunity to assess their language proficiency.

TOCFL was scheduled to be held this year, in November, but during the second wave of the pandemic, the Dutch government took some drastic measures, leaving the country in a partial lockdown, starting from October. Many events were completely prohibited, and people had doubts about whether the TOCFL tests could be held. Fortunately, the government then announced a list of exceptions, and these included academic events, and this gave the green light for the TOCFL tests on November 21st.

This was welcome news but this year’s tests required a lot of hard work on the part of Mr. Jesse Chung the school’s principal, Anna Cheng its deputy principal, and Chen Yuwen the director of the Education Division, to ensure the safety of the test environment for all the participants, students and staff alike. There was a lot of extra preparation work, and extra careful supervision and coordination during the testing.

They cleaned and disinfected all the classrooms, strictly enforced sufficient distances between people, and made sure everyone wore a face mask and used disinfectant gel. Unfortunately, Director Chen wasn’t able to be present for the tests because the Dutch government had also tightened restrictions on cross-border excursions and put in extra border controls to halt incoming travelers from Belgium.

Despite this setback and the unprecedented difficult circumstances, a total of 76 test-takers still managed to safely and smoothly take part in an unforgettable TOCFL:  48 sat for Band A, 9 sat for Band B, 6 sat for Band C, and 13 sat for the Novice test. The results haven’t been announced yet, but the school expects that the test takers will achieve good results overall. 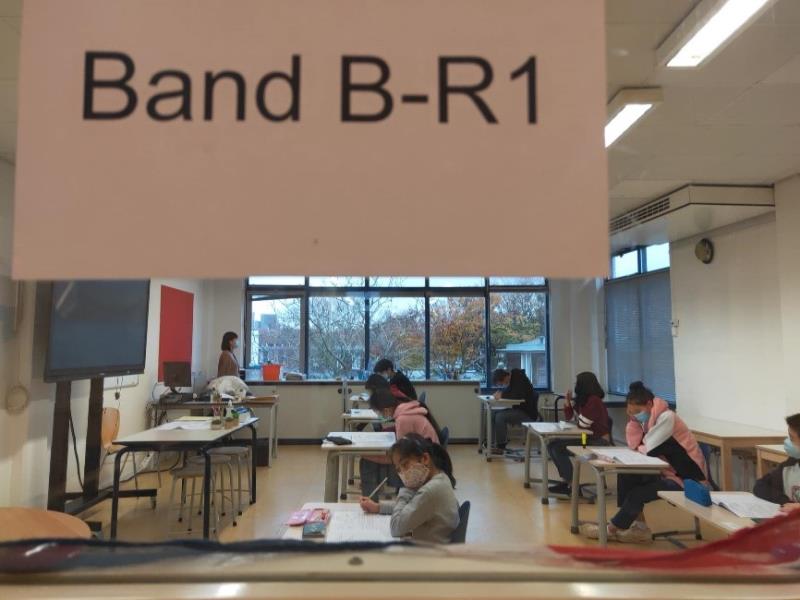