The University of St. Thomas (UST) and Wenzao Ursuline University of Languages launched a Mandarin Center on September 8, 2021. This important international collaborative project followed the signing of the U.S.–Taiwan Education Initiative to promote mutual language education and student exchanges.

The Mandarin Center represents a substantial long-term investment in the University of St. Thomas by Taiwan’s Ministry of Education and Taiwanese-American business and community leaders in the Greater Houston area.

To celebrate the new partnership, UST held an inaugural reception on September 8, attended by university president Dr. Richard Ludwick, Robert Fu-wen Lo, Director-General of the Taipei Economic and Cultural Office (TECO) in Houston, Dr. Margaret Chen, president of Wenzao Ursuline University of Languages (attending virtually), and more than 60 guests attended the ceremony to celebrate the launch of the center, virtually and in-person.

Dr. Hans Stockton, dean of the Division of Social and Behavioral Sciences & Global Studies, who directs the university’s Taiwan outreach, said in his remarks “The Mandarin Center embodies the next generation of higher education collaboration to meet a critical need in American national security – the education of Americans in Mandarin and Chinese culture. This is a true partnership between two great Catholic universities committed to creating encounters and dialogue.”

Dr. Yen-Yi Lee, Director General of the Department of International and Cross-strait Education of the Ministry of Education, made congratulatory remarks to celebrate the opening of the Mandarin Center in a video. She mentioned UST’s longstanding partnership with the Ministry, saying: “The University of St. Thomas is one of our Ministry of Education’s strongest educational partners in the American Southwest, and it’s been in close cooperation with Wenzao Ursuline University of Languages since the two universities signed a sister-school agreement in 2010. Under the Taiwan–U.S. Education Initiative that was launched in December last year, both universities are expanding access to Mandarin and English language instruction, while safeguarding academic freedom. We look forward to more and deeper cooperation between Taiwan and the U.S. in education.”

The Mandarin Center receives Ministry of Education support through the Taiwan Huayu BEST - Bilingual Exchanges of Selected Talent Program, an initiative to promote Mandarin learning related academic cooperation between universities in the United States and in Taiwan. 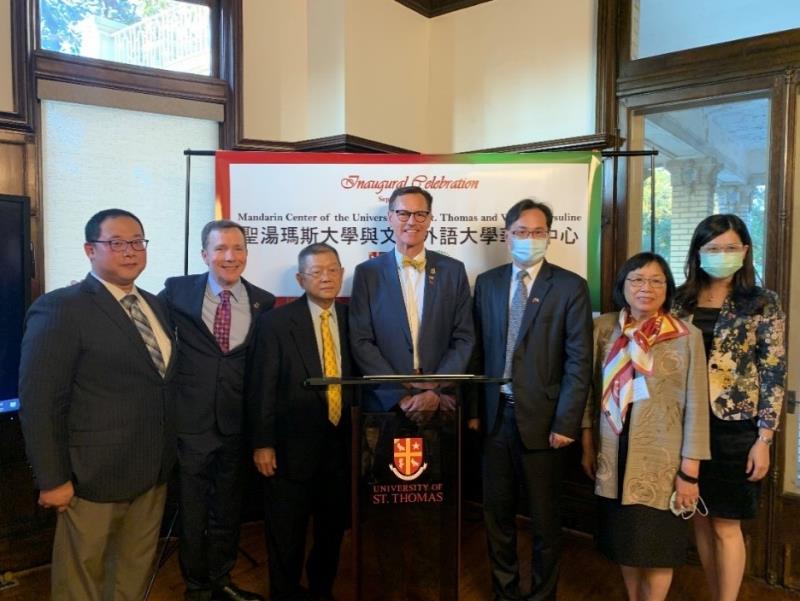 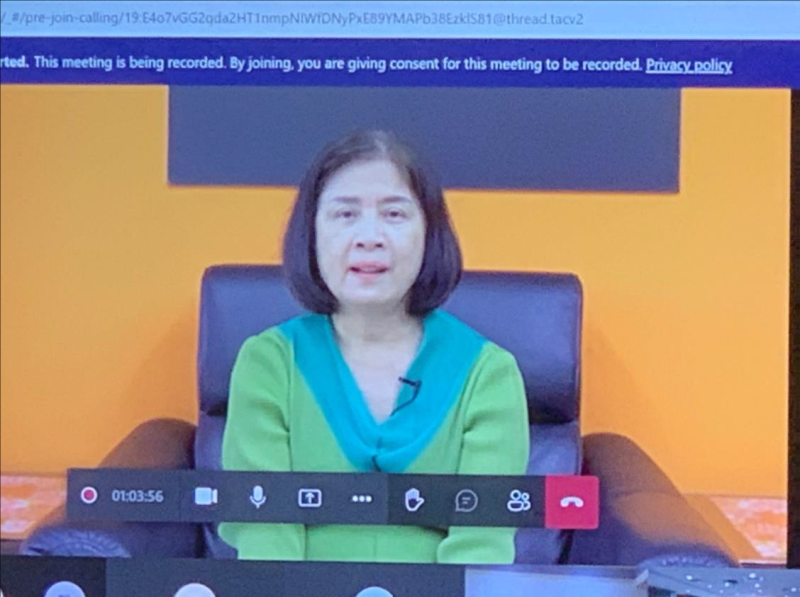 Dr. Yen-Yi Lee, Director General of the Department of International and Cross-strait Education of Ministry of Education, speaking for the opening of the Mandarin Center
Top