font-size：
Representative Tsai and colleagues, with the visiting TSA students

On September 3, key office bearers in the Taiwan Student Associations at the major universities in Belgium and the Netherlands gathered in Brussels. Although online events continued throughout the pandemic, this in-person gathering was a long-awaited welcome relief for all the participants. It was carefully planned by the Education Division of the Taipei Representative Office in the EU and Belgium.

The participants first went on a guided tour of the Parlamentarium, the visitor’s center of the European Parliament which was organized by the Parliament Division at the Representative Office. During the tour, the students were introduced to the history of the EU Parliament, its political bodies, how it functions, and how laws are made. In the exhibition hall, they made a virtual visit to the organizations and headquarters of the 27 EU member states and the European Parliament in Strasbourg and Brussels, revealing the impressive working of the EU.

After the visit, Representative Tsai Ming-Yen welcomed the students and hosted then at a lunch at the Taipei Representative Office in the EU and Belgium. He told them the good news that the European Parliament had recently adopted the EU–Taiwan Political Relations and Cooperation report and then spent some time answering all the students’ questions about Taiwan and EU relations.

Chen Yuwen, Director of the Education Division, then addressed the students and explained some key points for students abroad to be aware. She also gave details of scholarships and programs offered by the Ministry of Education that might assist the student members of the Taiwan Student Associations at the major universities in Belgium and the Netherlands to further their academic careers. Peter Chen, Director of the Administrative Division, then provided some information about consular matters that are important for students.

Afterwards the students had time to get to know each other, share ideas, and set up contacts for future joint activities. They’re all keen to serve the students from Taiwan at their universities and are ready to be able to organize many activities for them to enjoy, now that the world is slowly returning to normal. 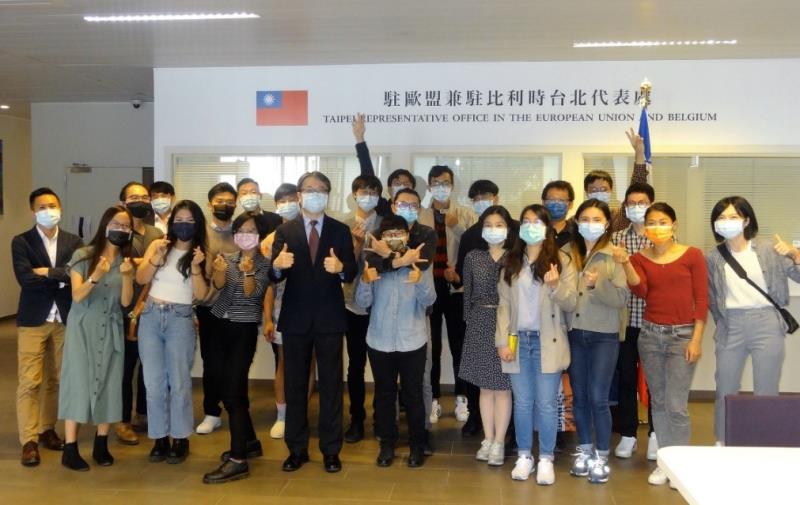 Representative Tsai and colleagues, with the visiting TSA students 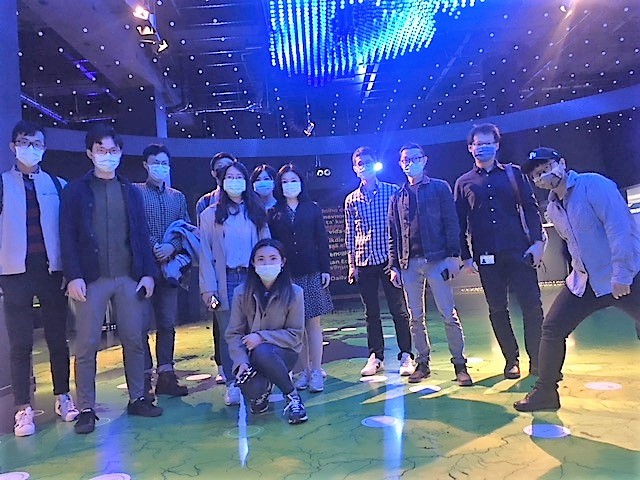 The visit to the EU Parlamentarium
Top