The Education Division and the Tourism Division of the Taipei Economic and Cultural Office in San Francisco (TECO) worked together with the Chinese Center at San Francisco Public Library to hold an Intro to Mandarin workshop there on January 22nd.

The workshop was conducted by Dr. Liu Hsin-Yun. Dr. Liu was born in Taiwan and graduated from the Department of Chinese Literature at National Taiwan University. She works at the City College of San Francisco where she’s a tenured professor in the Department of World Languages and Cultures.

Two young students came because they want to apply for a scholarship to study Mandarin in Taiwan. They talked about their plans and that inspired some of the other participants to also want to go to Taiwan to study Mandarin. Some of the older participants wanted to visit Taiwan, and they went to the workshop to learn about the language and culture. Everyone had a very enjoyable day.

Flyers about Taiwan Mandarin Education, scholarships, and tourism information were available to the participants. A series of eight Mandarin classes will start in February. In each class, participants will learn some Mandarin and about Taiwanese culture through fun hands-on activities. 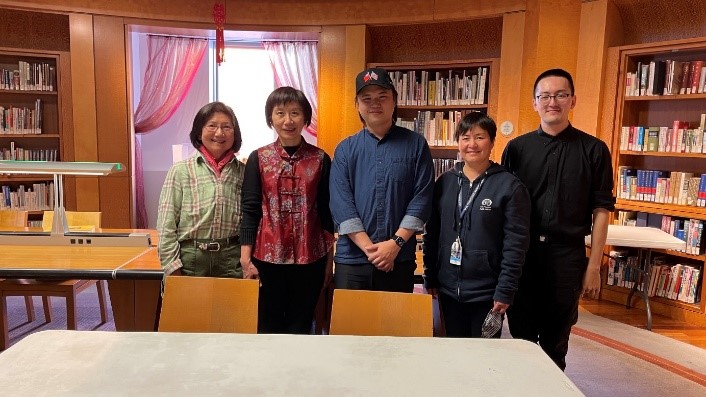