New Taipei City Wan Jin Shi Marathon, the road race that received the highest level of certification from World Athletics (WA) in Taiwan, is Taiwan’s most beautiful coastline road race. It is also a Taiwan brand international sports event strongly promoted by the Sports Administration, Ministry of Education, and will start off at 6 a.m. on March 20 at Feicui Bay in Wanli District.

Since its official recognition by the WA as the Bronze Label Road Race in 2015, New Taipei City Wan Jin Shi Marathon has been the highest WA certified road race in Taiwan. It was upgraded to the Silver label in 2018. Moreover, it was chosen as one of the selected 12 international sports events of 2018 by the Sports Administration and was the 10 most popular Taiwan brand international sports events in 2021, demonstrating its recognition from both domestic and abroad. In addition, with the cooperation and input of resources from related central government agencies, New Taipei City Government and related non-government organizations, the event attracted around 10,000 runners every year. It is also broadcasted on domestic and foreign TV and online media, bringing significant benefits in marketing Taiwan as well as driving local economic development.

With the official slogan of “One of Us, Extraordinary You, Extraordinary Self”, this year’s event attracted around 10,000 runners. Considering the ongoing pandemic, a high level pandemic prevention measures will continue to be adopted this year. To elevate the tension and competitive level, co-organizers New Taipei City Government and Chinese Taipei Athletics Association invited seven elite male and female runners from Kenya and Ethiopia to compete with our top runners, including Taiwanese runners Chieh-Wen Chiang, Ting-Yin Chou and Chih-Hsuan Chang, making the event the focus of attention in the international long-distance running circles. International athletes will also have a chance to run alongside the beautiful Venus Coast, thus, marketing the lovely scenery of the north coast to the world.

This year’s event marks the 20th anniversary of New Taipei City Wan Jin Shi Marathon. To celebrate this grand occasion, New Taipei City Government is holding the “Wan Jin Shi 20th Anniversary Exhibition” at the City Hall to display souvenirs, distinctive route sections, and past promotional materials of the event. The main visual of the event is also specially designed to have 20 circles representing past year runners, and through styling design with linear gradients in light and shadow, expressing the feeling of speed, to display the image of the renowned Queen’s Head Rock.

Hosting top international sports events in Taiwan to promote international sports exchange is one of Sports Administration’s important policies. New Taipei City Wan Jin Shi Marathon has become one of the benchmark road races in Taiwan. Thus, the Sports Administration will continue to assist New Taipei City Government and Chinese Taipei Athletics Association to strive for higher WA recognition label. Relevant information of the event can be found on the official website (https://wanjinshi-marathon.com.tw/). The event will also be broadcasted live on TVBS channel, to allow public with opportunities to watch this spectacular event. 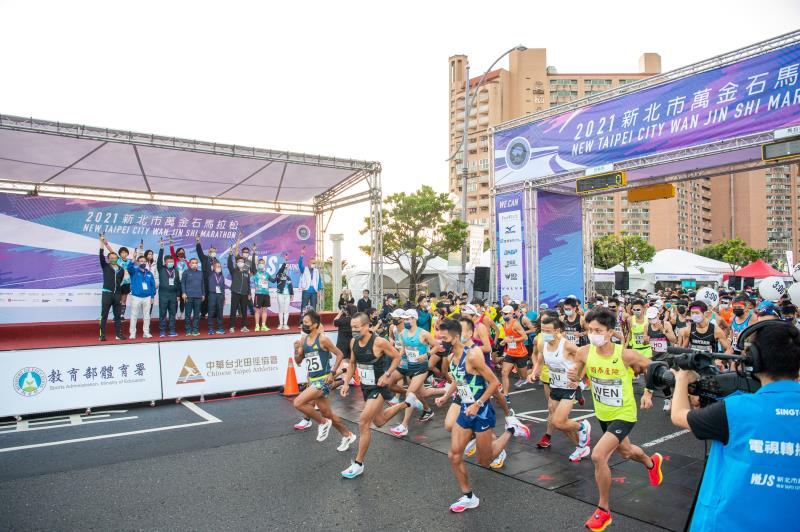 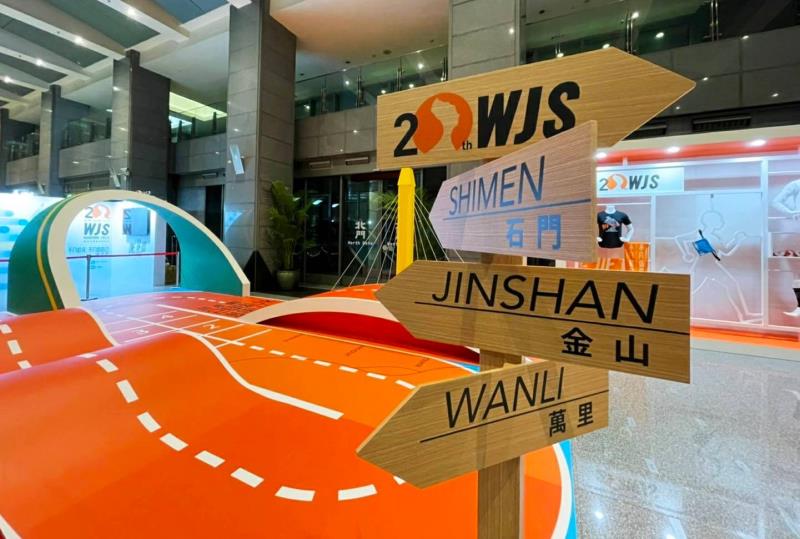 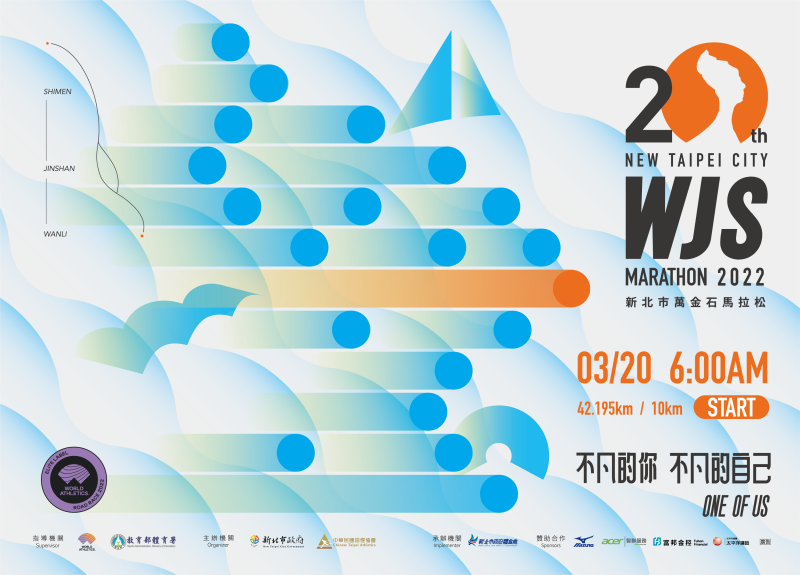