On February 12, the Institute for Taiwan Studies at Hankuk University of Foreign Studies held a virtual forum on Taiwanese Literature & Media at which professors and scholars shared their research findings about Taiwan. The Director of the Institute, Professor Lim Dae-geun, made the opening remarks, and spoke of the mounting interest in Taiwan and its culture among members of Korean society in recent times. He hoped that the forum would give the participants an opportunity to enjoy an in-depth discussion about different aspects of Taiwanese culture and comprehensive discourse on Taiwan.

The forum began with a presentation on “The Current Situation and Future of the Publication of Taiwanese Picture Books in China” by Professor Kwon Ae-Young, a researcher at the Institute. The presentation included the development of Taiwanese picture books at different stages from the 2nd World War until the current time. Kim Jung-Eun, another researcher at the Institute, then gave a presentation on “The Cultural Identity and Image of the Taiwanese Four Little Heavenly Kings in Korea”. The so-called “Four Little Heavenly Kings” refers to four top male Taiwanese superstars who were very popular during the 90s: Tommy Su, Nicky Wu, Jimmy Lin, and Takeshi Kaneshiro. Professor Hwang Sun-Mi from Hanshin University then gave a presentation on “The Origin and Characteristics of the Korean Wave in Taiwan.” During the forum discussion, the professors each put forward their views on various topics and offered suggestions on directions for further research.

Wong Jing-Yi, Secretary of the Education Division of the Taipei Mission in Korea, also took part in the forum and she made the closing remarks. After thanking all the personnel of the Institute for Taiwan Studies for their work, she commented that one’s culture doesn’t develop by itself; a culture that is open and receptive to other cultures is constantly affected as it interacts with other cultures, and this is why cultural similarities can be found in Taiwan and Korea. She hoped that scholars in Korea will continue to conduct in-depth research on Taiwan and that there will be more cultural exchanges between Taiwan and Korea in the future. 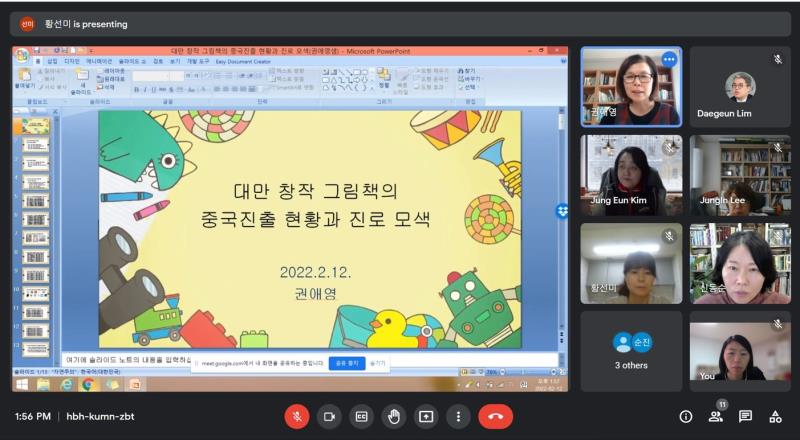