Gilles Huellou, the principal of Jeanne d’Arc High School in Pontivy, a city in France’s Brittany region, and Geoffrey Hamon, a Chinese language teacher at the school, led 27 students and two other teachers on a visit to the Taipei Representative Office in France on April 8. They received a warm welcome from Wu Chih-Chung, Taiwan’s Representative in France, Tsai Ching-Ju, Director of the European Affairs Division, and Hsu Lih-Tien, acting director of the Education Division.

Mr. Hamon had participated in the French–Taiwan Bilateral Language Assistant Program in 2015 and taught French at Wenzao Ursuline University of Languages for a year. He later arranged a trip to Taiwan by a group of students from Jeanne d’Arc High School for 10 days in 2019. During their stay in Taiwan, the students interacted with a class at Tunghai University and a class at Wenzao Ursuline University of Languages. They also visited some major sightseeing sites such as the National Palace Museum, and they were all impressed by Taiwan’s distinctive culture. The school had planned another trip to Taiwan in 2020 but it had to be canceled because of the pandemic so the school asked to visit the Taipei Representative Office in France in order to warm up its relationship with Taiwan.

Representative Wu began with an in-depth outline of Taiwan’s history, interspersed with details of the evolution of Franco–Taiwanese relations and then talked about Taiwan’s soft power in the international community. After his presentation, the students asked many questions, on topics including the development of Taiwanese society and culture. Ms. Hsu, the acting director of the Education Division, then told the group about the scholarships offered by Taiwan’s Ministry of Education. She encouraged the students to study in Taiwan and to take the TOCFL—Test of Chinese as a Foreign Language—language proficiency tests that are held in France in March each year.

At the end of the very informative visit, the school’s principal, Gilles Huellou expressed hope that there will be more collaboration between Jeanne d’Arc High School and Taiwan, for example, starting regular exchanges with a Taiwanese high school, recruiting a Mandarin Chinese language teaching assistant from Taiwan, and possibly holding a TOCFL test session in the school from next year, and the students and the teachers all thanked Representative Wu for hosting this important visit. 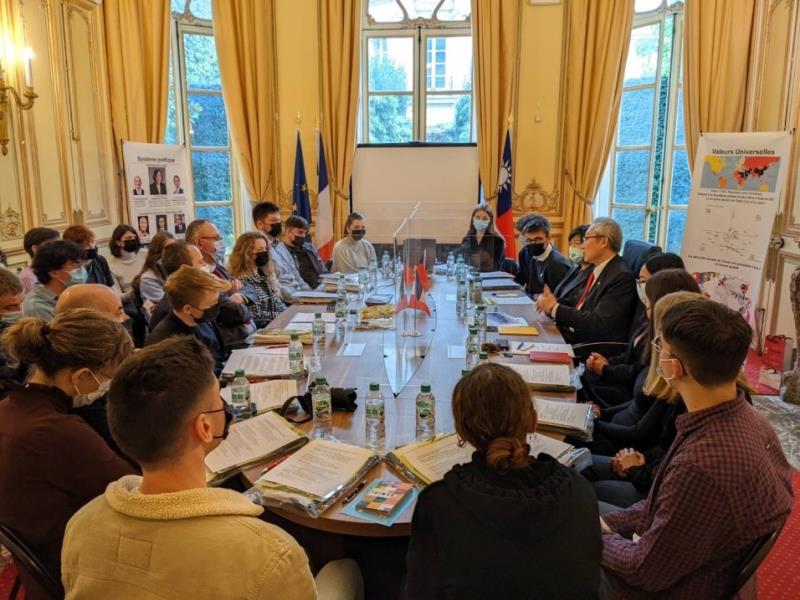 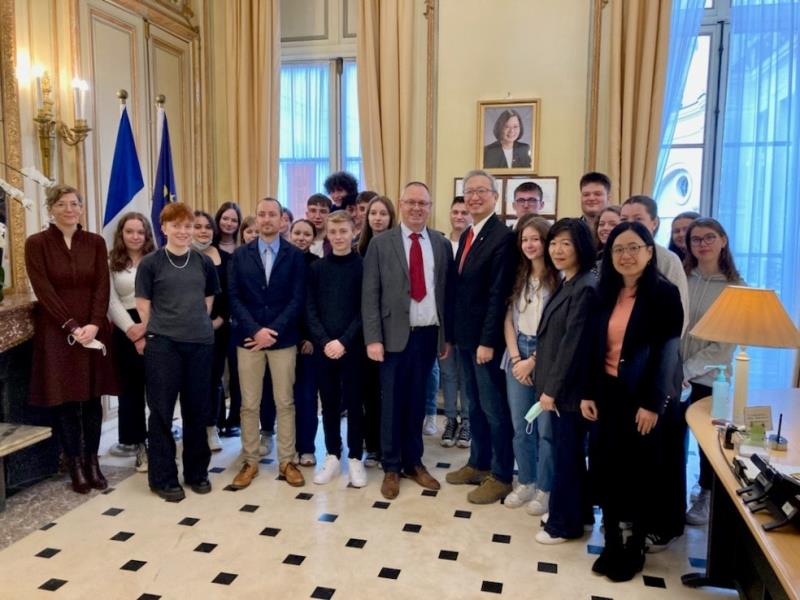