The Taiwan Para Badminton Team came to Ottawa, Canada for the YONEX Canada Para-Badminton International Tournament and competed fiercely with more than 100 badminton players from all over the world for five days, from June 8 to June 12. This year is the first time this international tournament has been held since 2019, as a result of the pandemic. This tournament is an international para-badminton competition of the highest caliber and it was the last qualifying tournament for the 2022 World Para-badminton Championships in Japan which are being held in November.

Taiwan’s badminton para athlete Fang Jen-Yu excelled in the most competitive category – the SU5 men’s singles! Fang, who carried the flag for the Chinese Taipei competitors at the closing ceremony of the Tokyo Paralympics, took fourth place in the 2020 Tokyo Paralympics, and he outdid himself in this year’s YONEX Para-Badminton International Tournament in Canada! After a long, drawn-out battle between two world-class para athletes, Fang finally defeated the first-seeded French athlete Meril Loquette in the final. His well-deserved gold medal winning performance brought the house down.

In the men’s singles SL4 category, Yeh En-Chuan won two consecutive games at the start of the tournament and successfully entered the semi-finals. Unfortunately, Yeh lost to the German athlete by a small margin and won the bronze medal. In the women’s singles SH6 category, Wu Yu-Yen, a young 15-year-old para athlete, a fearless rooky participant demonstrated her strength, winning the bronze medal in the semi-final after three hard-fought rounds. Pu Gui Yu and Cai Yi-Lin, the other two members of the Taiwan team, each fought hard and gave dazzling performances against their opponents although they were defeated in their first match.

After the tournament, the Taiwan Team enjoyed a supper hosted by Representative Chen Wen-yi. The team members all expressed deep gratitude for the great care and comprehensive support they’d received from the Education Division of TECO Canada throughout their stay in Ottawa, and for cheering them on in the hard battles. After such a great experience, they’re looking forward to visiting Canada again in the future! 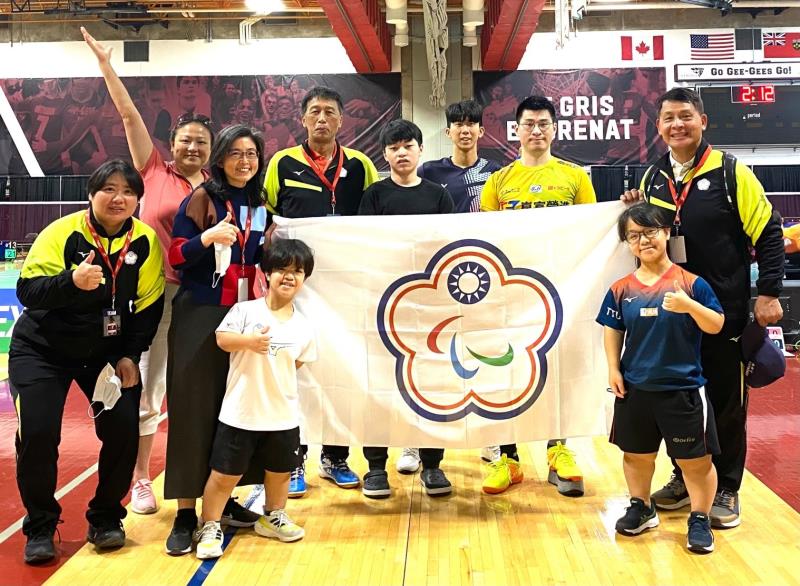 Taiwan Para-Badminton Team and personnel from the Education Division of TECO Canada, Ottawa