The Sports Administration issued the list of winners of the 2022 School Sports Beacon of Excellence Awards on September 22. The center of attention Lifetime Achievement Award was awarded to current Fu Jen Catholic University President and former President of the Chinese Taipei University Sports Federation (CTUSF) Dr. Vincent Han-Sun Chiang and former President of the Baseball Federation of Asia and 1st Vice President of the World Baseball Softball Confederation (WBSC) Tom Cheng-Hao Peng. The pair have each made a precious and substantial contribution to the promotion of sports and have set a fine example. The Sports Administration held the awards ceremony at The Chang Yung-fa Foundation International Conference Center on September 29.

President Dr. Vincent Han-Sun Chiang used his expertise to combine medicine and sport, establishing the Athletic Training Center and the Fu Jen Catholic University Sports Medicine Center, erecting a safety net for athletes and becoming one of the pushing hands that helped Taiwanese athletes achieve the pinnacle of success. As president of the CTUSF, he led colleagues to provide service at universities to more than 1.5 million people over many years, and also gained international positions, giving university sports a whole new look. He also supported Taipei City Government’s successful holding of the 2017 Taipei Summer Universiade, letting Taiwan’s athletes shine internationally and achieving unprecedented results that laid a solid foundation for Taiwan’s impressive medal haul of two golds, four silvers and six bronze at the 2020 Tokyo Olympics.

Tom Cheng-Hao Peng has made baseball his life’s work. For many years he has injected resources and established the Chinese Culture University baseball team; over 20 years, he has been instrumental in bringing 50 important international baseball competitions to Taiwan, with the 2001 34th Baseball World Cup the largest and most successful international baseball competition held in Taiwan; he also made an important contribution to the award of the right to host the U-12 Baseball World Cup to Taiwan for multiple editions. Peng’s efforts towards and the internationalization of baseball in Taiwan have not only raised Taiwan’s international profile, they have also taken Taiwan’s WBSC world ranking to second, the highest ever. He has also actively promoted baseball competitions such as the Victory Baseball Cup, bringing about a big increase in student baseball players and increasing Taiwan’s baseball competitive power. In 2022, he was also awarded the Order of Honor by the WBSC in recognition of his decades of contributing the development of world baseball.

The Sports Administration said that the aim of the School Sports Beacon of Excellence Awards is to commend groups, organizations and individuals who have made an effort to promote school physical education and to thank the grassroots teachers, coaches, schools and organizations and groups that have made a contribution to the promotion of physical education affairs, and it is an important annual policy for school physical education. This year, 74 applications were received. In accordance with the regulations of the Sports Administration Selection Guidelines for Rewarding Excellent Groups and Individuals in School Physical Education and through the three stages of initial selection, follow-up selection and final selection overseen by an expert panel involving various meetings for review and discussion, in the end, 20 units were awarded the group awards and 21 individuals received individual awards, with a total of 41 organizations, schools and individuals receiving awards; the groups awards include the Excellence Organization Award and Excellent School Award; the individual awards included the Outstanding Teaching Award, Event Contribution Award and Sports Coach Award; the special awards include the School Physical Education Contribution Award and Lifetime Achievement Award.

The Sports Administration has also used the awards ceremony to thank all grassroots sports personnel and groups. Although school physical education was affected by the pandemic, while taking into account epidemic prevention, many grassroots organizations and schools quickly adjusted and continued to promote school physical education affairs. The winners this year and their introductions was be posted on the official 2022 School Sports Beacon of Excellence Awards awards ceremony Facebook fan page (https://www.facebook.com/www.awards.sa.gov.tw/?ref=page_interna l). The ceremony was livestreamed on the Chinese Taipei University Sports Federation YouTube SSUtv channel on September 29. 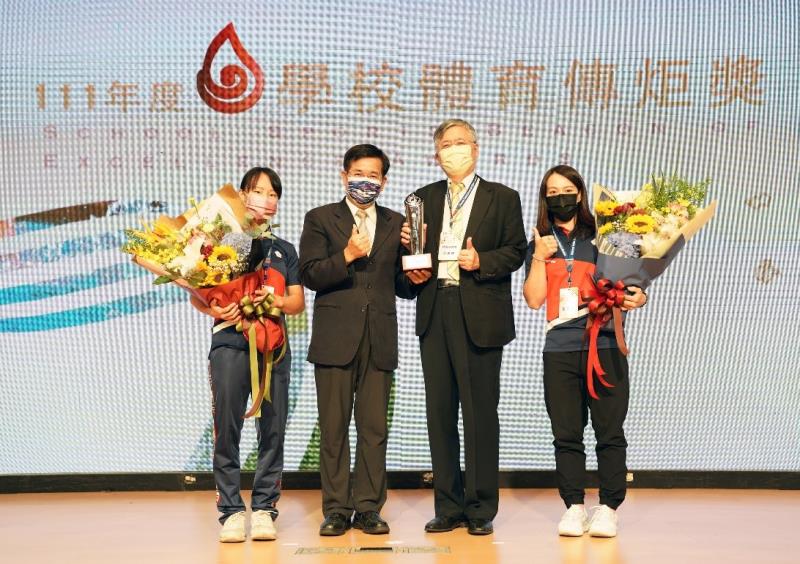 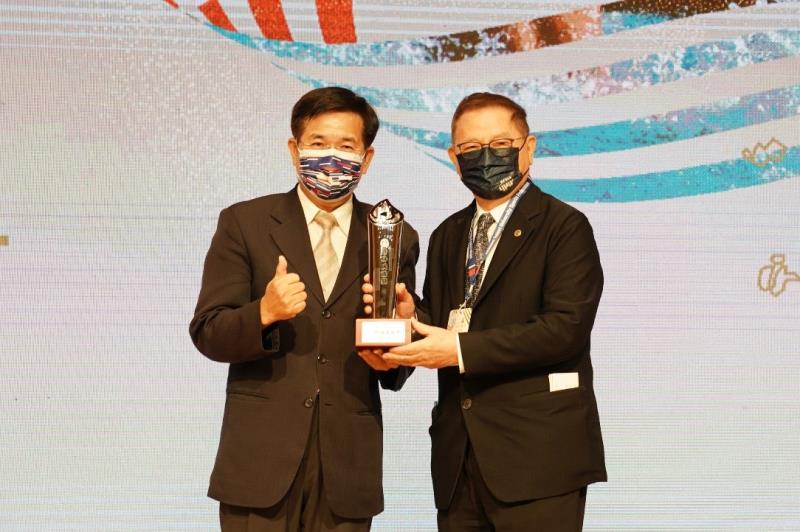