Xavier University of Louisiana (XULA) and National Cheng Kung University (NCKU) have officially committed to working together to promote academic cooperation and Mandarin language education in Louisiana, after signing a memorandum of understanding on October 24, 2022.

Dr. Reynold Verret, President of Xavier University of Louisiana (XULA), hosted the signing ceremony conducted at the university in New Orleans, Louisiana, and NCKU participants took part virtually. The MOU was signed by Dr. Su Fong-Chin, Executive Vice President of NCKU, and by Dr. Anne McCall, the Provost and Senior Vice President for Academic Affairs at XULA. Robert Fu-wen Lo, Director-General of the Taipei Economic and Cultural Office (TECO) in Houston, and Andrea Yang, Director of the Education Division of TECO in Houston, attended this special occasion.

President Verret welcomed cooperation with NCKU in the years to come and he expressed his appreciation for the strong support from TECO in Houston and the Ministry of Education (MOE) in Taiwan. He is scheduled to visit Taiwan in November 2022 as an official guest of the Ministry of Education and will have the opportunity to attend the 91st anniversary of NCKU’s founding. Personnel of both universities are looking forward to the opportunity to meet in person during the upcoming visit. Executive Vice President Su said that NCKU will apply for Huayu BEST Program funding from the MOE in 2023 for this Mandarin teaching and learning collaboration with Xavier University, thereby promoting it with pragmatic support.

Founded in 1925, Xavier University of Louisiana is the only Catholic Historically Black College and University in the U.S., and it is recognized as one of the nation’s top Historically Black Colleges and Universities. It is known as a strong STEM—science, technology, engineering, and mathematics—institution. The university offers nearly 50 majors in the undergraduate, graduate, and professional degree programs of its College of Arts and Sciences, and its College of Pharmacy. Its notable alumni include Alexis Herman, the first African American U.S. Secretary of Labor; Troy Carter, currently a Louisiana Congressman; and LaToya Cantrell, the current and first African American woman mayor of New Orleans.

The signing ceremony marks the beginning of a practical language learning partnership between these two institutions of higher learning. 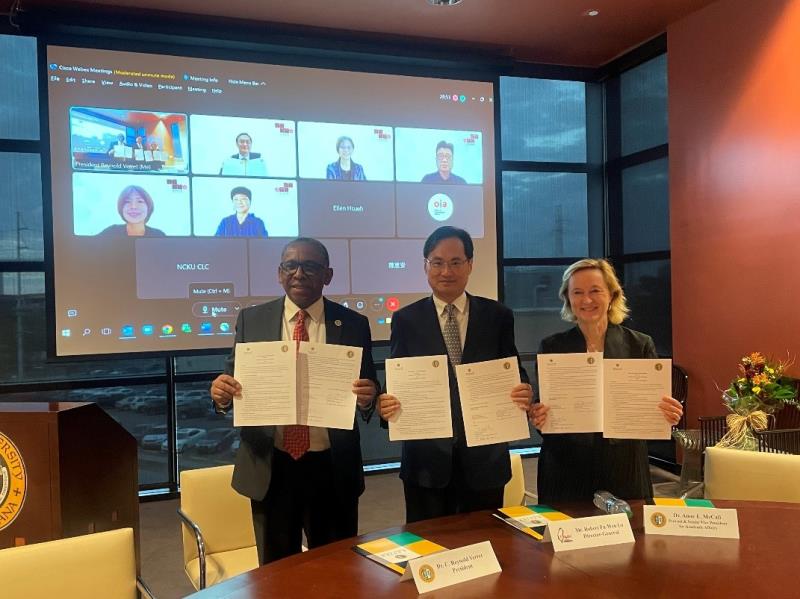