font-size：
Lotus Perry, a Chinese Language and Culture instructor at the UPS, Sophie Chou, Director of the Education Division of the TECO in SF, and Hsieh Ming-Hung, a Chinese language teaching assistant

The University of Puget Sound in Washington State and the Education Division of the Taipei Economic and Cultural Office in San Francisco jointly organized the first TOCFL—Test of Chinese as a Foreign Language— Chinese language proficiency tests in the Pacific Northwest of the United States for which the Listening and Reading tests were held using computerized adaptive testing (CAT). The University of Puget Sound has previously conducted Chinese language proficiency testing using paper-based tests.

Test-takers don’t need to choose a test band when they register for a TOCFL CAT test. The items presented vary in difficulty and include question types from all three test bands of the standard TOCFL Listening and Reading tests. As the CAT test proceeds, the computer immediately estimates the test-taker’s proficiency based on their response to each item and then selects the most suitable test item to present next. If the test-taker makes correct responses, then more difficult questions are presented. If the test-taker makes incorrect responses, then simpler questions will follow. The test ends when the time limit is reached or when the test-taker’s competence level has been determined, whichever comes first, and their result and the level—from Level 1 to Level 6—that they have passed at is displayed on the computer monitor. This gives the test-takers valuable, immediate feedback about their current proficiency level. Conducting computerized adaptive testing also eliminates the tedious manual work and the risk of losing examination papers associated with mailing the examination papers between Taiwan and the United States.

Twenty students from the University of Puget Sound with no Chinese language background sat for the tests. They said that the test was challenging because the listening and reading questions had to be completed in a short period (test-takers have 10 seconds to respond to each listening test item before the next one is presented), and they aren’t able to resubmit any earlier answers. But they liked immediately seeing their test results, and they would like to take the test again next year to track their learning progress.

Sienna Kloss, a test taker who has been studying Chinese at the University of Puget Sound for two years, was among many of the test takers who expressed an interest in applying for a Ministry of Education Taiwan Scholarship to do a higher degree in Taiwan, or applying for a Huayu Enrichment Scholarship to do further language study there. She thought that the listening test was challenging, but she was relatively comfortable with the reading test. She hopes to study in Taiwan during the summer.

TOCFL—Test of Chinese as a Foreign Language—tests were developed by the Steering Committee for the Test of Proficiency-Huayu (SC-TOP) for non-native speakers of Chinese who want to study or seek employment in Taiwan. They can use their test scores to apply for Ministry of Education Huayu Enrichment Scholarships, Ministry of Education Taiwan Scholarships, and Ministry of Foreign Affairs Taiwan Scholarships, as well as when applying for employment with companies that require Chinese language proficiency test results to assess potential foreign employees. 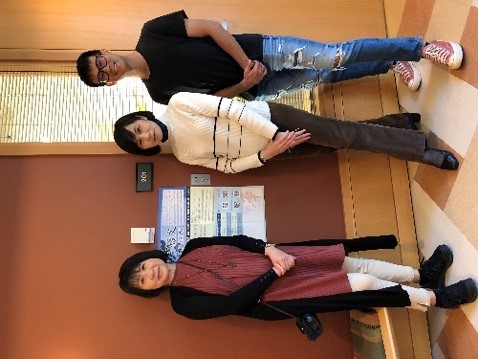 Lotus Perry, a Chinese Language and Culture instructor at the UPS, Sophie Chou, Director of the Education Division of the TECO in SF, and Hsieh Ming-Hung, a Chinese language teaching assistant 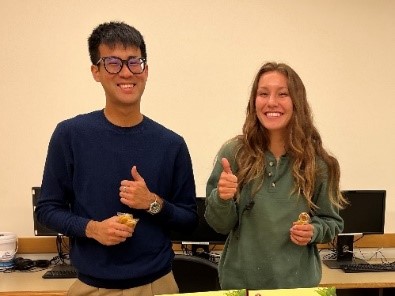 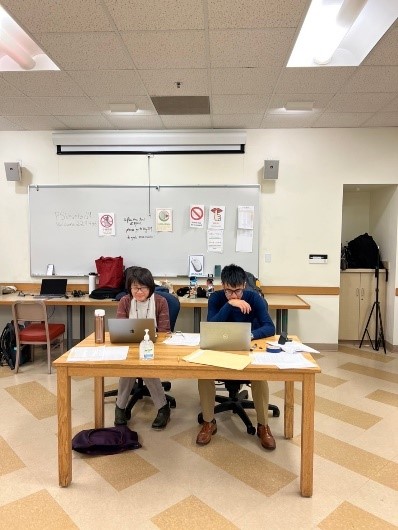 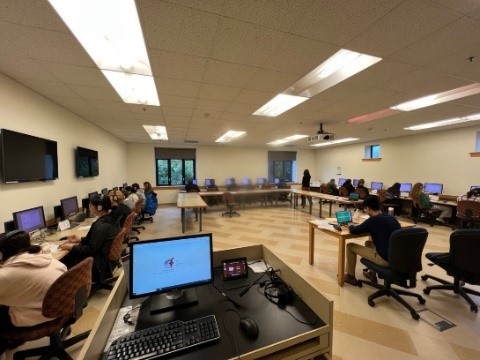