The Sports Administration (SA), Ministry of Education (MOE), hosted the 2022 Sports Elite Awards Presentation Ceremony in December 9 at the Taipei New Horizon Building. Finalists for the 6 main awards were chosen in the preliminary selection, and the judges convened that morning to choose this year’s award winners. Yang Yung-wei was named best male athlete, Lin Yu-ting won best female athlete, Liu Wen-teng won the best coach award, the best sports team was the Asian World Games Chinese Taipei women’s tug of war team, the sportsmanship award went to Chen Nien-chin and the best newcomer was Chuang Chia-lung. Minister of Education Pan Wen-chung also presented the lifelong achievement award to Chang Chao-kuo and the special award to Liu Po-Chun (Sophiyah Liu). In his speech, as well as encouraging and congratulating all the award winners, Pan Wen-chung once again affirmed the hard work of all athletes and coaches, and noted their outstanding achievements for their country.

The opening performance of the award ceremony featured the dance troupe “Indigenous Babes” from the Department of Sports Performing Arts, University of Taipei. The halfway performance was by singer and 3-time National Middle School Athletic Games pole-vaulting gold medalist FEI with his single “On your marks, Get set!”, which is about shifting from an athlete’s to a singer’s frame of mind, and fully demonstrates the athletic spirit of having no fear and believing in yourself even though the body is tired.

The SA notes that all the 93 nominees for the 2022 Sports Elite Awards have made outstanding achievements in both domestic and international competitions. In its project evaluation meeting, the SA selected the recipients of the lifelong achievements award and special award, and in the primary selection phase it created the shortlists for the six main awards: best male and best female athlete, best coach, best sports team, best newcomer and best sportsmanship.

This year’s finalists for best male athlete were Chou Tien-chen, badminton player and an Elite Awards regular; Tang Chih-chun, excellent team player on the archery range; Yang Kun-pi, who showed initiative on the shooting range and won a place in the 2024 Paris Olympics; Yang Yung-wei, who had a streak of wins after his Olympic campaign. In the end Yang Yung-wei proved to be the favorite for best male athlete. There were six finalists for best female athlete: Lin Yu-ting, Taiwan boxing queen; billiards player Chou Chieh-yu, archery expert Lei Chien-ying, taekwondo sweetheart Lo Chia-ling, first-time archery finalist archery Peng Chia-mao, and track and field athlete Hsu Le. In the selection meeting the judges had a hard time choosing, but ultimately after deliberation Lin Yu-ting was announced the best female athlete.

The best coach award was a close call between Tseng Tsu-chiang, boxing gold medalist Lin Yu-ting’s behind the scenes promoter; top coach Lin Wen-teng, who guided judo hero Yang Yung-wei; and Liu Tsung-ta, who accompanied Lo Chia-ling all the way to taekwondo stardom. Whether or not they win the award, the coaches’ encouragement and tactical guidance are what allowed the athletes to compete fearlessly. Ultimately the judges unanimously chose Liu Wen-teng, but all the coaches share the glory of success as their athletes’ biggest supporting force.

Three amazing star athletes from very different fields were chosen for the best newcomer award, including archery star Chiu Yi-ching, mighty gymnastics newcomer Chuang Chia-lung and legendary hurdles up-and-comer Hsieh Yuan-kai. The exceptional performance of these three rising stars led to a good deal of discussion amongst the judges, and finally Chuang Chia-lung was chosen for the rare honor. As for this year’s sportsmanship award, as well as Chou Tien-chen and Hsu Le who have been recognized by the judges for their hard work and fighting spirit many times, cancer activist Nien-Chin Chen and Lin Chia-wen who fought hard to overcome a birth defect were also highly praised by the judges. Ultimately though, Nien-Chin Chen was awarded the special honor for her fighting spirit.

This year’s best sports team award was contested between the women’s tug of war team who achieved the impossible task of five consecutive wins at the 2022 World Games, and the recurve men’s team who scored a gold medal at the 2022 Archery World Cup in Turkey and climbed to world number one. The two teams had clearly made outstanding achievements, and both had supporters among the judges, but finally the 2022 World Games tug of war women’s team won by a close margin.

Every year the nominees for the Sports Elite Awards all possess their own distinctive strengths and specialties, and continue in their own way to pursue every opportunity for victory. As they leave Taiwan’s mark on the international stage, the SA hopes that the Taiwanese people will give them the recognition and support they deserve. The efforts of athletes and coaches all speak for themselves, and the SA will also continue to support and encourage all athletes and coaches to show their outstanding skills in the arena, so that more athletes can contest next year’s awards. The Award Ceremony can also be watched live on the Weilai entertainment channel and on the Sports Youtube online platform. 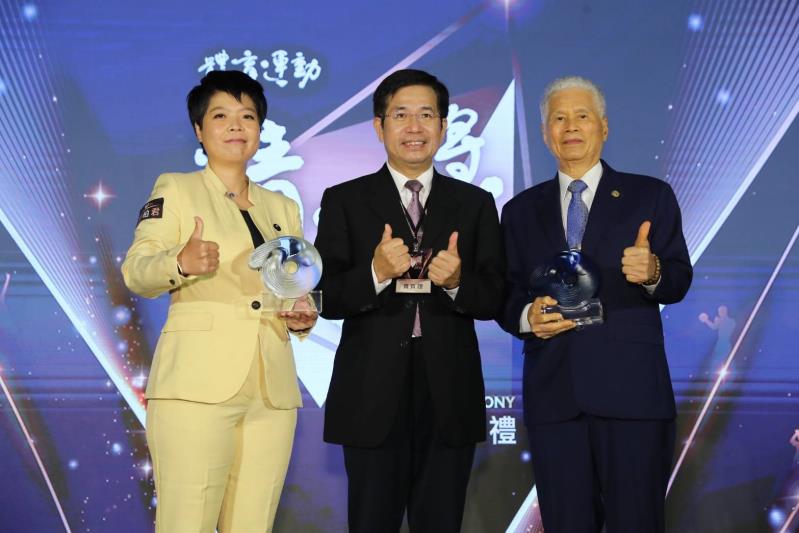 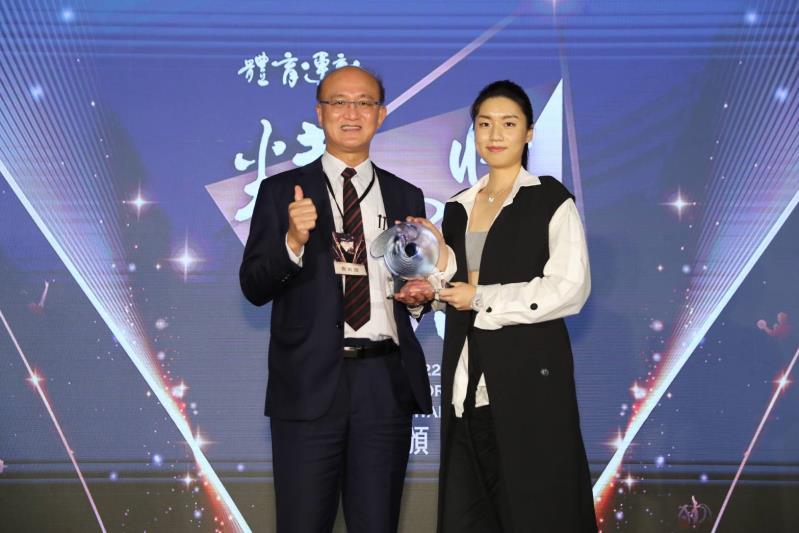