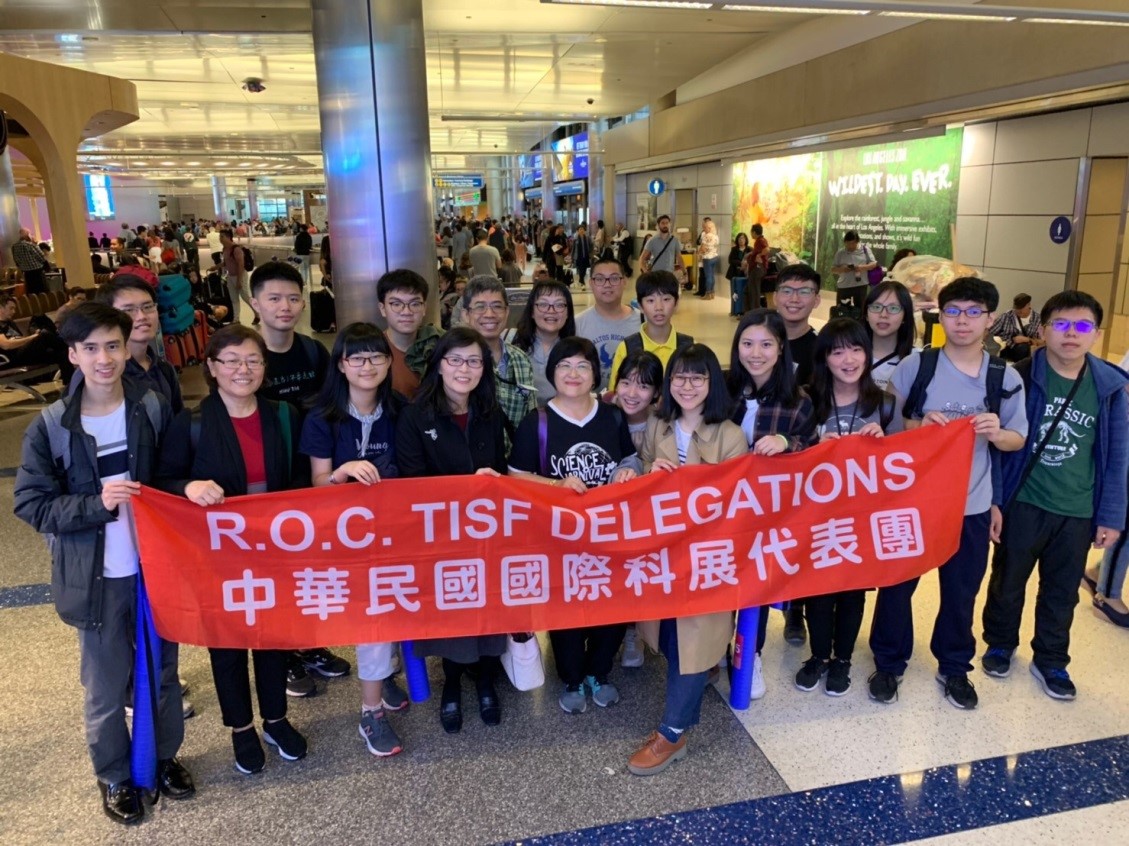 Each year approximately 1,800 high school students from more than 80 countries and regions are selected to showcase their research and compete for awards and prizes at the Intel International Science and Engineering Fair (Intel ISEF) in May. Among the many competitors were thirteen students from six senior secondary schools in Taiwan, led by Dr. Chen Hsuch-Yu, the Director-General of the National Taiwan Science Education Center (NTSEC). NTSEC is the only national center for science education in Taiwan and its mission is to promote science education to students and the general public. When interviewed at Los Angeles International Airport by Central News Agency reporters on May 11, Dr. Chen explained that the thirteen Intel ISEF contestants were selected from among participants in national science fairs and the Taiwan International Science Fair that was held in early February. The selected students then took part in an NTSEC camp program where they were trained and mentored by four professors from universities and academic scientific research institutes.

Chen Huai-Pu, a student at Keelung Municipal Anle Senior High School in Keelung City, won a second-place grand award, and a cash prize of US$1,500, in the Engineering Mechanics category for his research project titled Development and Application of Harvesting Kinetic Energy from Marine Fish. He grew up living on the coast and was always enthusiastic about exploring the ocean. The fish he saw swimming extremely quickly when he went snorkeling gave him the idea of harvesting kinetic energy from fish. His project outlined a new method for generating electricity which was successfully installed on live fish. It converts the kinetic energy of the swimming fish into electrical energy, with a maximum power generation of 80μW. The micro power generator could also be used to conduct underwater observations, such as for fish ecology research.

Luo Chih-I, a student at Taipei Fuhsing Private School, also won a second-place grand award and a cash prize of US$1,500, for his equally impressive work in the Energy: Physical category. His project was on Bamboo as a New Thermoelectric Material. His research demonstrated that the conductivity of bamboo can be effectively improved and that it can potentially become an emerging thermoelectric material.

Dr. Wen-chung Pan, the Minister of Education, sent a congratulatory message to the young scientists from Taiwan as soon as he received news of their participation and awards.

The annual Intel ISEF Fair is hosted by the Society for Science & the Public, an American nonprofit organization whose vision is to promote science research and the vital role it plays in human life.