The Education Division of the Taipei-Moscow Economic and Cultural Coordination Commission Participates in the “Education and Career” International Education and Book Exhibition in Almaty, Kazakhstan 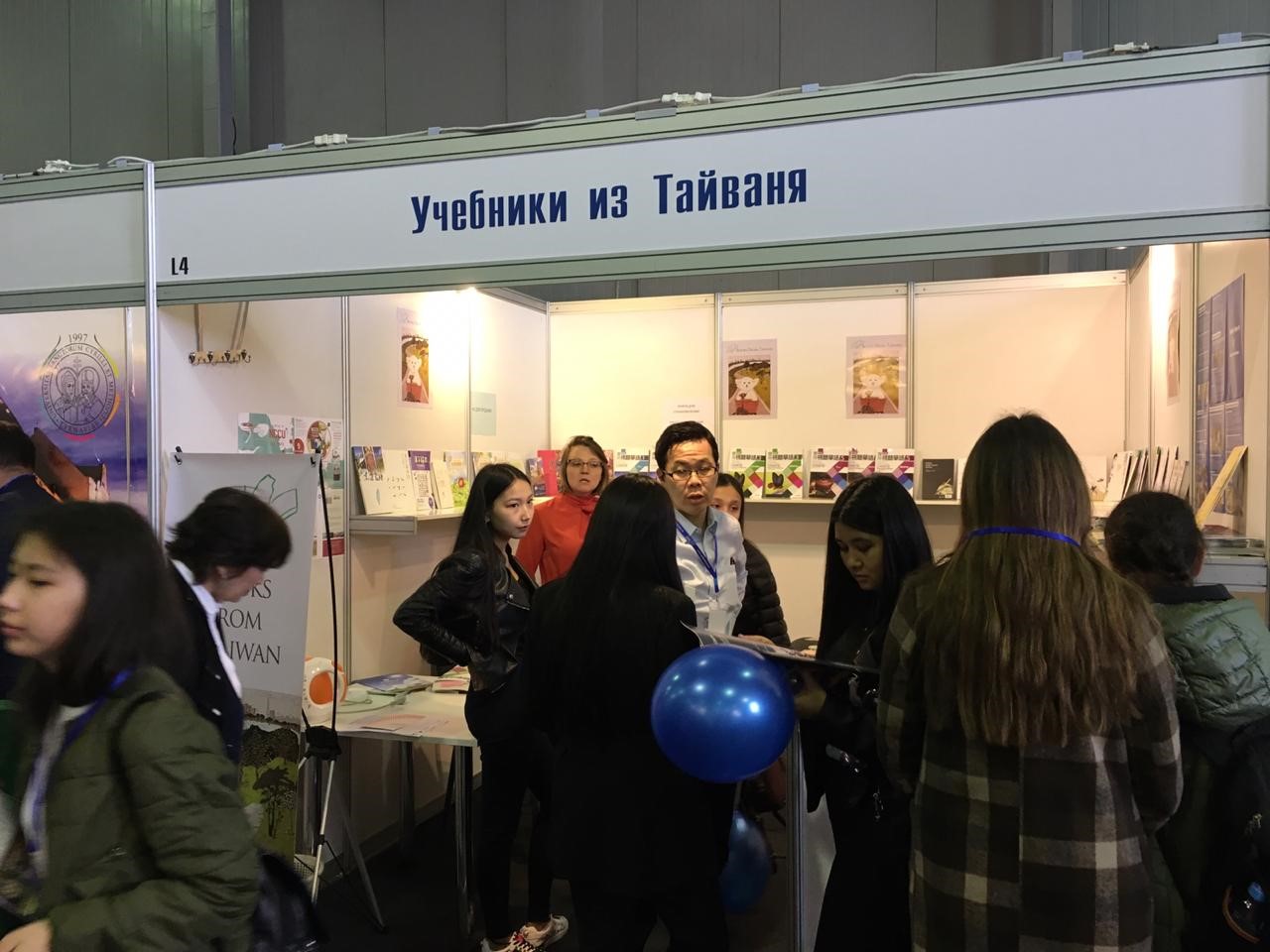 From April 2 to 7, William Lu, Secretary of the Education Division of the Taipei-Moscow Economic and Cultural Coordination Commission (TMECCC), and Nicolas Hsu, Director of the Culture Division of TMECCC, participated for the very first time in the “Education and Career” International Education Exhibition in Almaty, Kazakhstan, from April 4 to 6. This was also the first time that the Education Division and the Culture Division have “joined hands” and worked together in an exhibition. Theirs was one of approximately 100 booths from 16 different countries. The 3-day International Education Exhibition attracted more than 20,000 visitors.

Due to the wealth of information material available at the Study in Taiwan booth, its elegant design, and interest because Taiwan had never participated in previous similar International Education Exhibitions in Kazakhstan, a stream of parents and students visited the booth and made numerous inquiries, for example about programs available at universities in Taiwan in a wide range of areas, including commerce, design, IT, journalism, law, medicine, pharmacy, and tourism and hospitality.

While in Almaty, William Lu visited Abai Kazakh National Pedagogical University and Al-Farabi Kazakh National University, the leading pedagogical and classical universities in Kazakhstan, to promote programs and projects for educational exchanges with universities in Taiwan. These could include language exchange programs, inviting language teachers from Taiwan to teach Mandarin Chinese, and Short Term Research Awards. He also suggested that the universities consider holding professional summer camps and winter camps to attract students from Taiwan to enhance mutual understanding.

Almaty was formerly the capital of the Republic of Kazakhstan and it remains the economic, technological, and cultural capital. It is also the largest city in Central Asia, with a population of approximately 2 million people. The Education Division is looking forward to assisting educational and research cooperation and exchanges between Kazakhstan and Taiwan.

PHOTO: William Lu, Secretary of the Education Division of TMECCC (middle), talking with local students at the “Study in Taiwan” booth at the “Education and Career” International Education and Book Exhibition in Almaty in Kazakhstan.