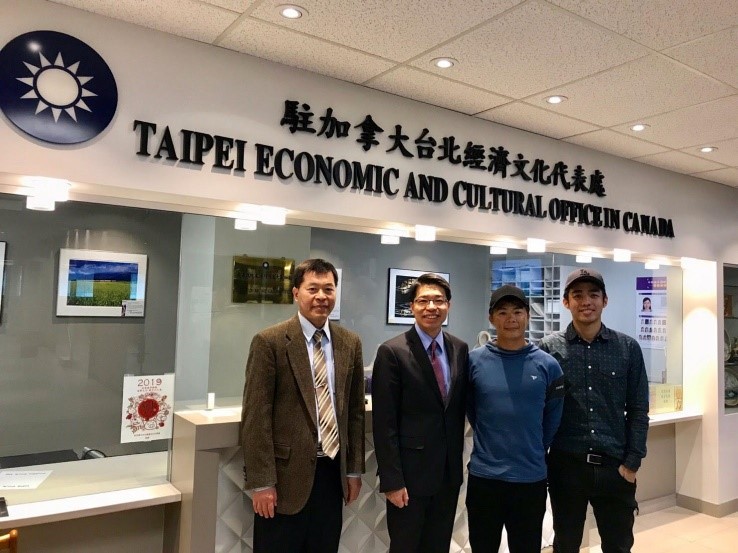 The Taiwanese ultramarathon runner and famous endurance athlete Kevin Lin was invited to attend the 2019 Tamarack Ottawa Race Weekend which is held on the last weekend in May. This is Canada’s largest marathon gathering with seven different races. It is estimated that over the weekend approximately 200,000 people will cheer the runners in the various races on.

The goal is to cooperate to help Taiwan’s Chiayi Alishan Marathon to become more professional and acquire IAAF (International Association of Athletics Federations) labels in the future. Kevin strongly believes that once this goal is achieved, more and more international runners will be attracted to take part in running events in Taiwan.

Representative Chen said that he was very pleased to learn about Chiayi and Ottawa having sister marathons and the further developments in progress. He expressed deep thanks to Kevin Lin and his team for their great efforts toward enhancing relations between Taiwan and Canada through marathon events.